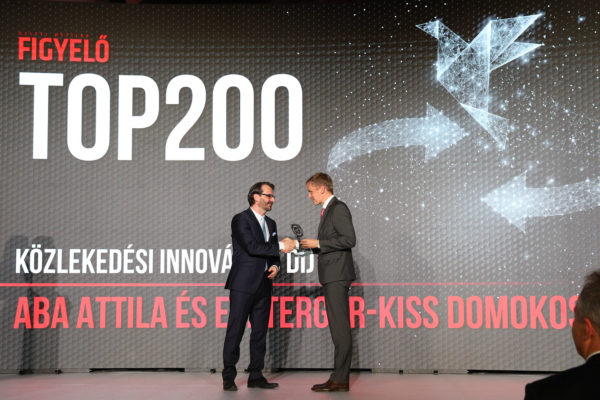 In 2021, Dr. Domokos Esztergár-Kiss and Attila Aba, transport researchers of the Budapest University of Technology and Economics, were awarded the Hungarian Transport Innovation Prize – founded by the National Toll Payment Services PLC. and the Association for Transport Sciences for the MOVECIT project, which encourages sustainable mode choices among commuters.

The Transport Innovation Prize was founded in 2019 by the National Toll Payment Services PLC. (NÚSZ Zrt.) and the Association for Transport Sciences (KTE). The aim of giving the prize is to support young researchers of transport development, their creative ideas, innovative initiations, and scientific inventions. On November 4, 2021, during a ceremony, Tamás Bartal, the CEO of NÚSZ Zrt., awarded the most prestigious prize of the transport sciences to Attila Aba on behalf of both transport researchers from the Budapest University of Technology and Economics.

The MOVECIT project aims to encourage commuters to choose more sustainable transport modes by introducing new viewpoints and approaches. The MOVECIT project introduces new methodologies and includes mathematical models in a realized pilot. Furthermore, the traditional “user-route planner” relationship is turned into an “interactive participant–social actor” relation, which has scientific value in an international scope, as well. 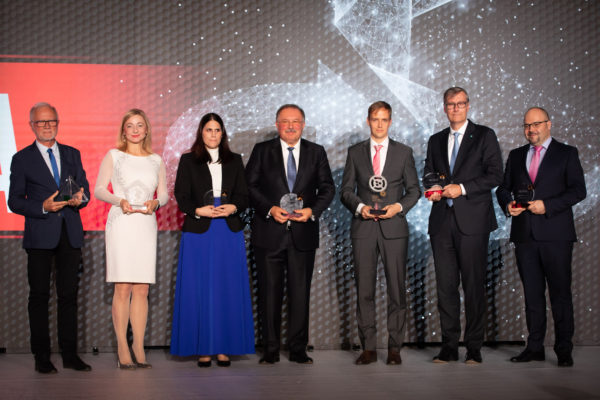 “This year’s winning project corresponds to the sustainable transport aims of the European Union as well as helps to reach the social expectations of a more sustainable and improved quality of life. This innovation brings new major potential not only to Hungary but to other countries, as well. As a result, it is highly important this development to be implemented in Hungary, and this is exactly what the Transport Innovation Prize supports”- said Tamás Bartal, the CEO of NÚSZ Zrt.

“Today’s challenge is to develop a transport system which reduces the burden on the environment and clearly defines activities on an individual level. This year’s winners with their tool encouraging commuters’ responsible decision-making support the development of such a transport system while casting light upon the importance of conscious mode choices”- added Dr. János Tóth, the secretary-general of the Association for Transport Sciences.

According to the researchers, on the long term, the application can influence the travel habits of the commuters going to their workplaces/schools, thus creating a more sustainable transport system. For instance, the users can acquire numerical results regarding the savings when using the different transport modes. On the other hand, from a social point of view, the statistical results collected based on the route planning might be valuable for transport planners and transport organizers, for example in forming the timetables for public transport or in supporting car-sharing/car-pooling services.